Hello! I am an internet entrepreneur based in Cambridge, UK.

During my career in software and business, I have:

Here are some companies and projects that I have created:

ContainDS is a tool for data scientists to easily run Jupyter Lab or Notebooks through virtual environments locally on your Windows or Mac computer.

nb2xls converts Jupyter Notebooks to Excel Spreadsheets, allowing you to share your results with non-programmers such that they can still easily play with the data.

Google Apps Login for WordPress has grown into a suite of WordPress plugins allowing a company’s websites or intranets to integrate deeply into Google Apps (now called G Suite).

The product range covers integrations with Google Drive, account management based on G Suite userbase, and Directory pages. Customers include many educational organisations as well as large public companies.

I am also the author of PDF Embedder for WordPress.

Conversocial is an enterprise SaaS application to deliver social customer service over Facebook and Twitter, used by companies including Sephora, Groupon, Tesco, Net A Porter, McDonalds and more.

I co-founded the company in 2010 along with Joshua March, and to date it has raised $24m in Venture Capital funding from DFJ Esprit, Octopus Investments, and Dawn Capital. I acted as CTO, and then COO until my semi-retirement in 2013.

Conversocial was spun-off from iPlatform, below.

iPlatform was the first preferred Facebook Development company in the UK, co-founded by myself and Joshua March in 2008. We specialised in bespoke social application development, building and running campaigns for Swatch, ITV, Gumtree, The Economist, Ministry of Sound, Google, and Facebook themselves.

The business was sold to a larger international competitor, Betapond, in 2012.

The easy one-click way to transfer all the latest photos wirelessly from your Android phone or tablet to any computer, without the need for any USB cables! This is a project we built in Barbados to try our hand at a mobile app, under the brand apparadise. 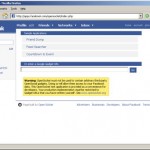 This was a project that allowed gadgets conforming to Google’s open social standard to be converted directly to a Facebook app. This was mildly controversial at the time, and as I happened to be in San Francisco in late 2007, I was invited to present the project at Google’s headquarters in Mountain View! 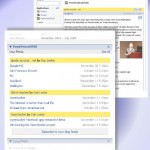 An early Facebook app allowing users to pull their own blogs onto their profiles and newsfeed, as well as keep track of friends’ favourite blogs. This was white-labelled to allow companies to bring their blogs to Facebook entirely under their own branding and control. 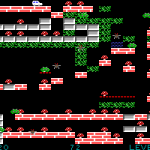 When I was 15, I created this game for the PC. It had ten difficult levels distributed as a shareware, with the option to purchase version 2 containing 25 new levels plus a level editor to create your own (not to mention, new monsters!). I thought it was a great game, and the free version seemed to be distributed fairly widely, but absolutely no-one felt the need to send me a cheque for the sum of £5.50.

The game was forgotten by the time new technology meant it would no longer work on recent versions of Windows. Many years later, I was approached by the curator of a website dedicated to games of times gone by, especially since a new emulator called DOS BOX meant that these old games could be run once again.

There seemed to be a few enthusiasts who remembered the game fondly, so I asked why they had not decided to upgrade. “The game was way too hard,” they said. “I couldn’t even get past level 5!”

That was my first lesson in the freemium business model.

To play locally on your computer, you can download it here, and you’ll need DOS Box

Or there is a browser based version on Classic Reload here.

Via my github profile